In Korea, following the Korean War in 1945 numerous martial arts schools known as ‘kwans’ emerged each with their own particular style, but also with underlying similarities and philosophies. As a move toward a stronger nationalism, in 1955 several of these Kwan masters got together to form one organization that would represent a national Korean Martial Arts organization. Several names were considered for this sport and “Tae Kwon Do” was finally decided upon in 1956. 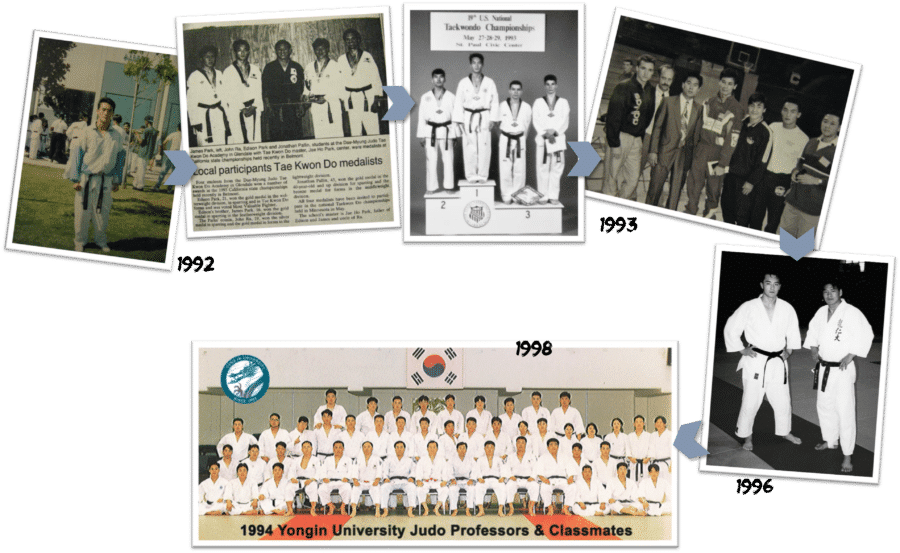 During this same time, a need was recognized in Korea for formal education in the area of physical education. In 1953, Dr. Je-Hwang Lee founded the Korea Yudo College in Seoul, South Korea. The Korea Yudo College began as a two-year college specializing in physical education. However, it wasn’t long before the need for people with a four-year degree was recognized, and by 1956 the Korea Yudo College became a four-year college with its first class of four-year students graduating in 1958. Dr. Lee did much to promote the study of Judo in Korea as well as encouraging the study of physical education as a career for college students. Students at the College also worked with the local Police department and the military as trainers in Dr. Je-Hwang Lee the martial arts. Many of the college students had their tuition waived if they agreed to serve and teach in the Korean Army. Dr. Lee formed the Dae Myung Judo Club at KYC.

The purpose of the Dae Myung Club was to give the students an organization through which they could compete and perform demonstrations. Students from the college also taught physical education programs in other colleges, high schools, and junior high schools. Students from KYC were sent out to as many as 60 to 80 different countries to teach Judo and physical education. Martial Arts clubs in those countries that were called by the name of Dae Myung were recognized by the Korean Judo Association. Korea Yudo College eventually became known as Yong-In University and is still recognized for its superb physical education program as well as excellence in other academic areas. One of the early practitioners of Judo at the Korea Yudo College was Park, Jae-Ho. 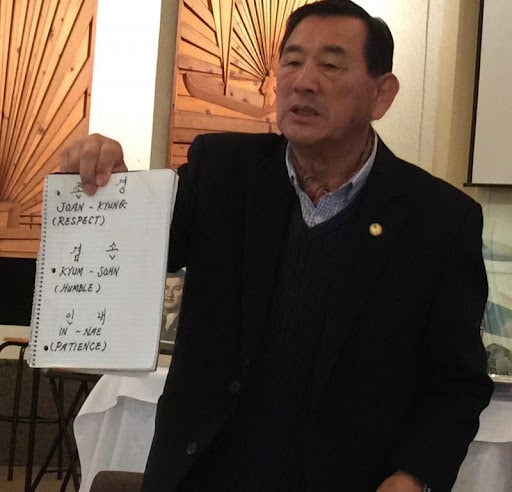 Mr. Park was born November 5, 1937, in Kyung-Book Province, Korea. He began studying Korean wrestling (Ssi-Rum) at the age of 7 in 1944. Mr. Park played soccer as a young boy in Junior High and High School and he achieved the rank of 1st Dan in Judo while still in High School. In 1953, Mr. Park, Jae-Ho began Judo training in Tae-Gu City and began Tang Soo Do training in 1954. From 1958-1961 Mr. Park served in the Korean Navy and received an Honorable Discharge. At this time Mr. Park enrolled in the Korea Yudo College and graduated in 1964 when it had become known as Yong-In University, with a degree in physical education. Master Park, graduated at the top of his class and was awarded the rank of 4th Dan and invited to stay on as an assistant instructor. He also taught Judo at the U.S. 8th Army base from 1963 to 1968 in Seoul and he was a martial arts instructor for the South Korean Navy as well as the U.S. Marine Corp stationed in Korea. Between 1964 and 1968 Park Jae Ho Park also taught martial arts at the Seoul City Police Academy, Seoul University, and Yonsei University. In May of 1967 Master Park was part of the Korean Judo Demonstration Team giving martial arts demonstrations in Vietnam and the Philippines. In April of 1968, he received an invitation from the U.S. Judo Association to conduct demonstrations, teach and coach and provide technical consultations in many cities of the United States. Master Park stayed on in Chicago, Illinois teaching Judo for the Chicago Police Department as well as being a Judo instructor at Chicago University and Physical Education Instructor at St. Joseph High School, also in Chicago. He also served as a coach to the five-state Black Belt Association.

Master Park left Chicago to take a position with Eastern Montana College in Billings, Montana, teaching soccer and Judo and Karate. Master Park met the former instructor, Dr. Kung Ho (Ken) Min previously and stayed with him in Bismarck, North Dakota before arriving in Billings. Dr. Min, who founded the Northwest Taekwondo Association, was leaving to take a position with the University of California at Berkeley. From September 1969 through June of 1973 Master Park taught Physical Education at Eastern Montana College in Billings, Montana (later to become known as Montana State University, Billings) during which time he organized the North West Martial Arts Association and the Montana State Judo Association. During this time Master Park was also a Martial Arts Instructor for the Billings City Police Department.

In 1973 Master Park resigned his position at Eastern Montana College and moved to Glendale, California where he organized the Dae-Myung Martial Arts Academy featuring study in Judo, Tae Kwon Do, and Hap Ki Do. From 1974 to 1989 Master Park was the self-defense instructor for the Glendale Police Department. Also during this time, he became the first president of the Korean Ssi-Rum Association, U.S. Branch, and in 1990-1991 was the President of the Southern California Korean Judo Association. From 1992 until 1999 Master Park was the Head of the Committee of World Martial Arts Federation. In 1995 he organized and became the President of the International Dae-Myung Martial Arts Federation and continues in that position today. Since 1995 Master Park has also served on the Advisory Council on the Democratic and Peaceful Unification of Korea, Los Angeles chapter.

Want to learn more about our programs?

Sign up today to receive news on up and coming programs and schedule updates!